Okay, wow. There’s a lot of ground to cover. Grab a beverage, perhaps a light snack, and get comfortable. Take good notes, there’s bound to be a quiz afterwards.

Are you sitting comfortably? Good! Hi! Welcome to our new web page. Yes, it looks a lot like the old web page. That’ll change eventually; we wanted to ease into the new stuff, both for our comfort and yours. But we’re no longer hosted on WordPress, which gives us a lot more creative control, and more options to deliver content to your eyes and ears. It should be fun.

There’s been a lot going on with us lately; writing music, arranging and rearranging the stuff we already have, trying to hunt down bookings, figuring out what the next steps should be. It’s exciting and a little nerve-wracking. We’re trying to steer this boat, and we don’t really know what the waters ahead are like. We’re stepping out of our comfort zones.

Take songwriting, for example. No big deal, right? How hard could it be? Play some notes, slap some words onto those notes, and voila! We get a check for a bazillion dollars and buy gold-plated Cadillacs. Ah, if only… What actually happens is that one of us gets a weird look in their eye, and starts scribbling madly. The rest of us shut up so as not to derail the thought. Then the idea gets shared, and we tinker with it, and add words and music as needed, and file off what doesn’t work. Then we agonize over wondering if it’s any good, and what does it reveal about us, and does it fit us, and really, it’s not that good, and where are we going to get the money to record it, and it still needs something coming out of the second chorus, and it’s actually rubbish, and that second line doesn’t make any sense, and that key change is too difficult to do in performance, and maybe you should just try a little harder, and dear God this is the worst piece of music in the history of ever…you get the idea. Musicians are neurotic sometimes.

And bookings! Holy Carp, that’s hard to do. Try walking into someone’s place of business sometime, shake the owner’s hand, and tell them they should give you money to come in and play songs about pirates, Browncoats, and Muppets. Make sure to mention that, although they’ve never heard of you, you’re really awesome musicians, and he’d be lucky to have the chance to give you some of his hard-earned money. For extra fun, keep a running tally of all the different ways people can say “Thanks, but no thanks.” Good times, good times…

Don’t misunderstand, we’re not complaining here. This is part of what musicians are referring to when they use the phrase “paying your dues”.  This is part of the business. It’s just a bit frustrating, is all. We’re ready to start playing other venues, to start making money, to start taking our next steps up the ladder. We just need the opportunity.

Thursday night, we were contacted by the City of Mesa, and asked if we’d like to come play at their monthly 2nd Friday Night Out event. We’d sent in an application months ago, and promptly forgot about it. We double-checked the info, found out what would be required of us, and booked the gig. Then we celebrated for about 27 seconds. Then we started to contemplate the work we’d have to accomplish to play the gig. Then, in a moment of mad genius, we decided to practically double the size of that list. What if we…? Maybe we could…? How about…?

Friday, we checked all of the sound equipment. This is the first time we’ll be using our full kit, so we figured it’d be important to know that everything worked. We are smart. There were a few small issues that were trivially easy to fix the week before the gig. These same issues would have caused utter meltdown on the night of the performance. (Brian’s note: True story.) Satisfied, we, proceeded on with our evening plans.

Saturday, we got this website you see before you, migrated over to the new servers. While we were at it, we updated the information here and there, added some new photos. You know, web stuff. Then we got ourselves over to SoZo Coffeehouse for their awesome Open Mic night. We’ve played there before and were really well received, and we figured that’d be a good place to announce the 2nd Friday gig. Our team (Yes, we have a team!) would be streaming the performance out on Periscope, so our fans who couldn’t be physically present would still have a chance to hear. So we played, and we announced, and the crowd went kinda nuts. When we finished, the owner mentioned in passing “I need to talk to you guys.”  As soon as we were offstage, we had a brief conversation with her. 5 minutes later, we were booked for another gig. We went kinda nuts.

Sunday was rehearsal, which involved a lot of planning, a lot of playing, a lot of preparation. Then some of us headed down to Chandler to work for a bit with Em^2a Studios. Doing what, you ask? Planning and prepping and making…things. Useful things. Nifty things. Things like this: 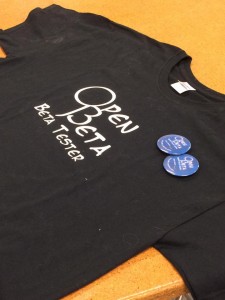 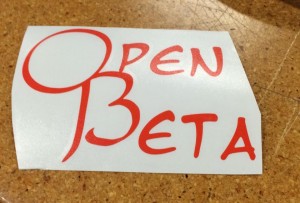 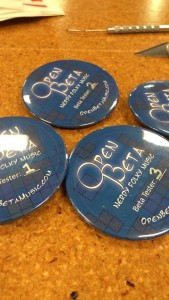 We’re going to take a short break. There’s more to tell, and we aim to tell it.

On The Naming Of Things