I don’t think we’re going to do that again.

I mean, yeah, we’re going to record again. We have a lot more to say, a lot more music to make, and we’ll keep putting it out there. But we’re not going to try to operate on a schedule that is, quite frankly, insane. Too many learning experiences packed into too small a span of time. Too much stress that we could probably do without. We know better now.

But it was a wild ride, to be sure.

When we were approached by a student engineer saying he wanted to record us, we were elated. We’d been talking about recording, you may recall, trying to figure out how we could fund it, how to get all the ducks in a row. Studio or self-record? Live show recording, maybe? Original material or covers? And then one night, a gentleman walked into our usual Wednesday evening gig to get a cup of coffee, and stayed for the whole set. He and his amazing afro attend the Conservatory of Recording Arts and Sciences, and he was interested in getting us some studio time.  Student engineers, you see, don’t just attend classes and take tests. They need to practice their craft, often and well. This cat, who we call Frodo, wanted us for his next project. We said “Cool! Let’s do it!” He took our card, got his coffee, and promised to call us once he got the details set up. Exit Frodo.

Then we waited. And waited some more. (Lesson Learned: Get THEIR contact info, too!) A few weeks later, after we’d more or less given up on the idea, our amazingly-coiffed friend reappeared! We sat down during a break between sets, and talked details; We set a date and time, discussed what microphones would be used, what equipment would be involved. (Brian translated a bit for us, that recording class he’s taking is already paying off!) And then we looked at the calendar, and realized that the recording session was scheduled a few days before a large-ish gig we already had booked at SoZo Coffee. And Brian sort of went away in his head for a minute.

Naturally, we were all ears. In a couple of minutes, he outlined his notion for us, and we all quickly agreed with his initial assessment. The plan was, gather materials and do as much prep as possible. Record, and spend a couple of days mixing it down ourselves. Then release the result as an EP, 5-6 tracks maybe. We’d have to work insanely fast, announce our mad intentions that very weekend, start prepping and promoting right away. Oh, and find several hundred dollars to cover materials and licensing. That last part was the sticking point; in order to pull this off, we’d need the funds almost immediately. Our coffers were pretty bare, no way could we fund it ourselves. So we took to the stage for our second set, and announced that we were thinking about doing this crazy thing, and we needed some cash if we were going to pull it off. And wallets and purses opened, and the tip basket started to fill up. We have the bestest fans ever, we do.

But we still needed more. So we went home, made sure the PayPal account was up and working, and made an announcement on our Facebook page, what we intended to do, what we needed to make it happen. Then we went to bed. When we awoke the next morning, our inbox was full of receipts from PayPal. We’d tripled our operating capital literally overnight. By the end of the day, we’d quintupled it. Our amazing fans, whom we love, had spoken. Loudly. We were GO for the EP.

The next couple of weeks blurred by. We announced the EP release at an open mic night at SoZo coffee, to thunderous applause. We had a couple of frantic conversations with our merch goddess. We figured out what music we wanted to record, and how to license it. We sought advice from various peers and professionals. (Their response, almost without exception, was “That’s crazy. Let me know how that turns out.” Hence the title here.)

We recorded. There’s a whole separate post here that may never see the light of day. There were technical issues aplenty. What was to have been a 6 hour session ended up being about an hour, maybe a little longer, late at night. 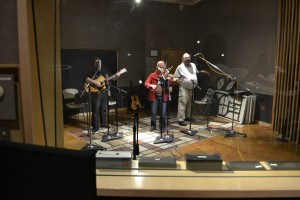 10 tracks laid down, one take each. We were exhausted. And we still needed to mix it down, and package it. Thanksgiving plans were cancelled, and the heavy lifting began.

We mixed. We worked with the flaws and challenges that naturally result from the way we recorded. We banged our heads against the wall a few times. We picked up the media from the merch goddess, and the licenses from HFA. We took it right down to the wire. And we ended up with this. 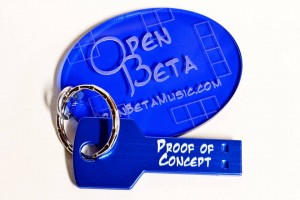 11 tracks. That’s an album, not an EP. Plus, liner notes, and photos from the past year. 2GB of sound and images. A lot of love, and a lot of people believing in us. We’re not saying it’s the best album in the world…but we won’t say it isn’t, either. It’s most definitely the tangible manifestation of hours and hours of hard work, that we made harder on ourselves by doing it in this particular way. Next time, we’ll be more thoughtful, allow ourselves more time, make sure we get all the details right. Maybe make sure no one misses Thanksgiving dinner.  And that’s the major benefit of doing it “wrong” in so many ways. We have a better understanding now of what doing it “right” will look like. We’ll know better next time. (And there WILL be a next time.) Lessons learned like “Don’t lose your voice.” “Triple-check EVERYthing ahead of time.” “Trust, but verify.” “Leave time for the little things.” “Don’t load up on hot dogs and onion rings before a recording session.” (Don’t ask.)

Oh, and for those of you who were asking how to convert .wav files to .mp3 files for your own personal use, these links might help.  Windows.  Mac/iTunes.

Next up: Release Night! Stay tuned.

...and that makes us mighty, indeed.

Holy cow, we have a blog!